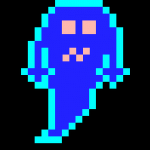 Out of curiosity, can the Infected's pages be re-named to exclude "The"s in them? I'd like to make them use the "PAGENAME" template and find that them having "The" in their names makes them look like they're the only ones, who respawn instead of other kinds of them coming as reinforcements... It's just as odd like calling the Heavy Weapons Guy by "The Heavy" with an uppercase T if it isn't the first letter in a sentence. --Breakin'Benny (talk) 10:10, November 22, 2014 (UTC)

That is irrelevant, the weapons are possible to be acquired nevertheless.The6thMessenger (talk) 06:19, December 31, 2014 (UTC)

Retrieved from "https://left4dead.fandom.com/wiki/User_talk:GameZone1?oldid=145168"
Community content is available under CC-BY-SA unless otherwise noted.