Raise a Floppa - The Loop

First to aid, last to die.Bill

Can everyone stop a sec? I'm gonna heal!Zoey

Now don't waste this by getting pounced on or something.Nick

It takes five seconds to use the First Aid Kit to heal yourself or another Survivor, during which you cannot defend yourself in any way. However, in Left 4 Dead 2, if you are under the effects of Adrenaline while healing yourself or another Survivor, it will only take three seconds. Unlike most other items recovering a set amount of health, First Aid Kits will only restore 80% of the user's missing health. For example, if a Survivor has 30 health, using a First Aid Kit will add 56 (80% of 70) to the Survivor's health, bringing the Survivor to 86% health. This healing is not based on any temporary health a Survivor might have after taking pain pills, and will remove any extra health gained by them. After incapacitation, Survivors will always have only 1 permanent health (the rest will be temporary), and thus will always receive 80 health points from a First Aid Kit. Note that First Aid Kits can never bring a Survivor back to 100% health, and given their rarity, they should be used sparingly.

What the fu- aww hell I'm back here again!Coach

If someone dies from hanging (holding onto a ledge), they cannot be revived using the Defibrillator since they fall and become a ragdoll. However, if they are killed by another Survivor whilst hanging via friendly fire (rather than losing their grip and falling to their death) their body may fall into an accessible area that allows them to be defibrillated and revived. An example of one such opportunity exists in respect to the stairs to the first floor in the finale of Dead Center, allowing players to skip an entire level.

Ah, a little pick me up.Francis/Nick

Since the health from Pain Pills is only temporary, it will slowly decrease over time, but are also capable of removing speed penalties if your total health is greater than 40. As temporary health decreases by one every 3 seconds, the effects of Pain Pills will last for 150 seconds (2.5 minutes), though practically this is much shorter due to the potential damage one might absorb on the way.

Early screenshots show that at one time the first Aid Kit was a box made with rigid materials, complete with a handle. The final icon still reuses this legacy design.

The placeholder for the adrenaline shot was just a yellow tinted version of pain pills. The texture can still be found in Left 4 Dead 2 files.

Likewise, the defibrillator's world model placeholder was a re-skinned first Aid Kit model with a lightning bolt icon. Its textures can still be found in Left 4 Dead 2 files. 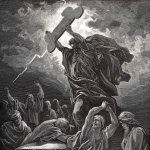