Edit
watch 02:56
Raise a Floppa - The Loop
Do you like this video?
Play Sound

The Golden Freeman achievement was introduced in The Last Stand Update. To obtain it, the player must find the golden Crowbar hidden in every Left 4 Dead survival map as well having a successful, if not short, run.

This page contains the locations of every golden Crowbar.

On the metal pipes directly above the weapons table where you initially spawn.

On the top level on a rack in a small storage room, in the larger room with Double Doors which is down the hall where you spawn.

On the corner of a platform near the helipad (There are multiple similar platforms, make sure you are at the right one). You can use an adrenaline shot to get to it as it is a very hard jump on its own.

Behind the concrete barrier next to the bridge's booth where the Howitzer will fire at.

Hooked to the fender of a bus in the corner.

On the concrete above the sewer pipe to the left of where you initially spawn.

On a ledge above the piano (You will need to jump on the piano to reach it) facing the safe room.

On the white booth for the Theatre.

Hooked on a tree next to a rock. It is found in the side of the house which does not have the building.

In the burning oil barrel next to the crane controls.

Behind a concrete pillar next to scaffolding. There are many like this, so make sure to search each one.

Hooked to the urinal closest to the wall in the men's restroom.

On the end of the furthest gangway (Walkway where people can access planes from the airport directly).

On the large wooden crate on the other side of where the crescendo event activation is. You will need to jump down from the walkway onto the crate to access it.

Behind the train car nearest to the derailed train car which destroys the bridge.

Next to a pile of chopped logs at the far end of the barn.

On the lowest point of the fire escape of the building furthest from the train car. You must jump on the boat and grab the crowbar mid-air.

On the brick building next to the lorry. You must jump on a street post and grab the crowbar mid-air.

It is found near the far generator, hooked to a sloped roof past a very short fence.

It is behind a shipping container near the one which will be lifted into the air.

It is on a second storey windowsill which is relatively difficult to access normally. 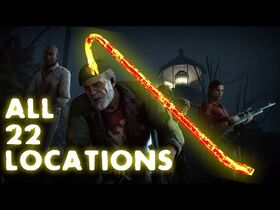 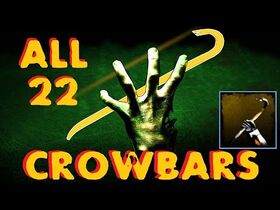 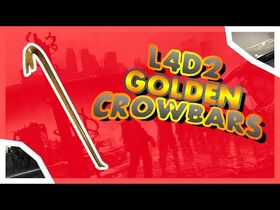 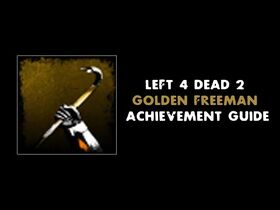 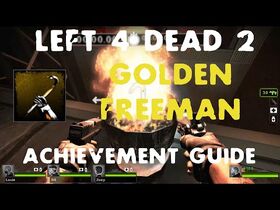